This was the first computer game I created completely by myself. It is a top-down adventure game sporting ASCII graphics and randomly generated levels. 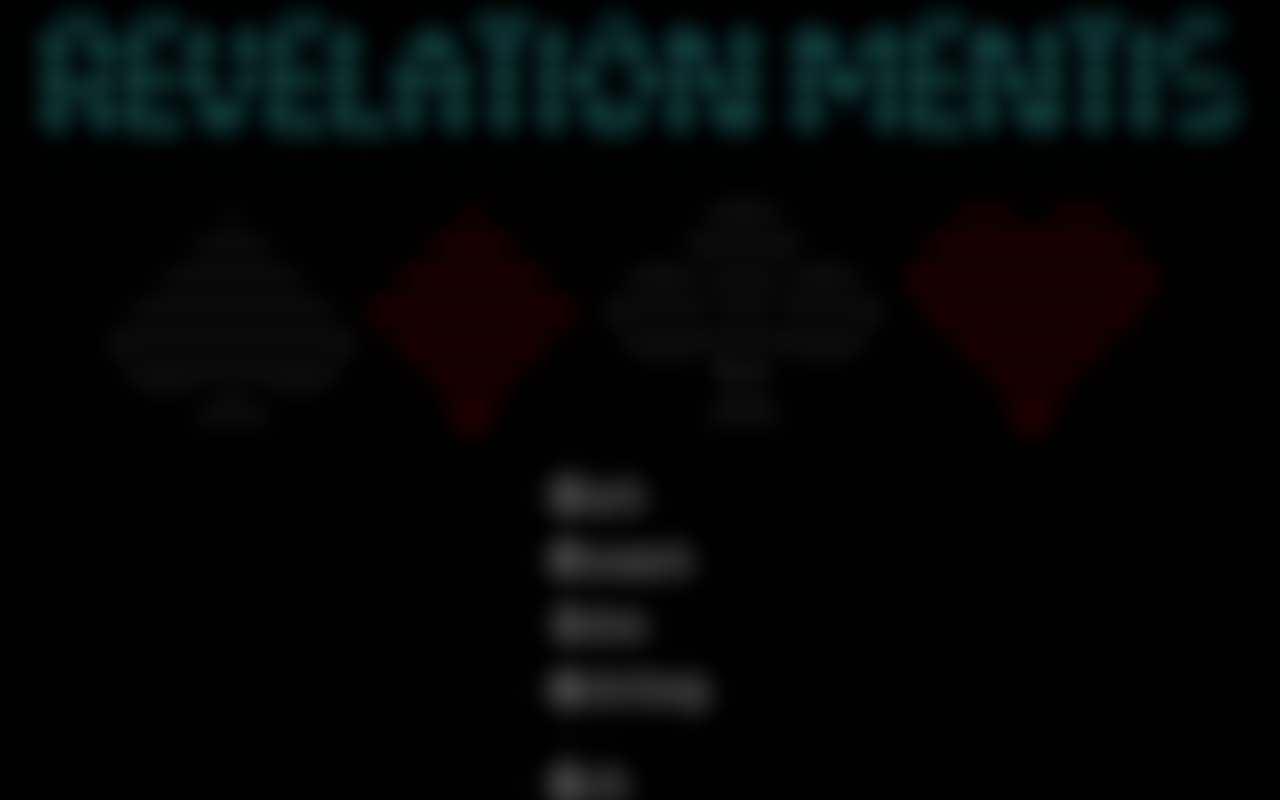 Downloading...
Resize canvasLock/hide mouse pointer
You can play Revelation Mentis right here, in your browser! (Requires keyboard controls, game only available in German.) This is not a port or a reimplementation, this is literally the original, Turbo-Pascal-compiled binary running in a DOS emulator. em-dosbox courtesy of Boris Gjenero and contributors. 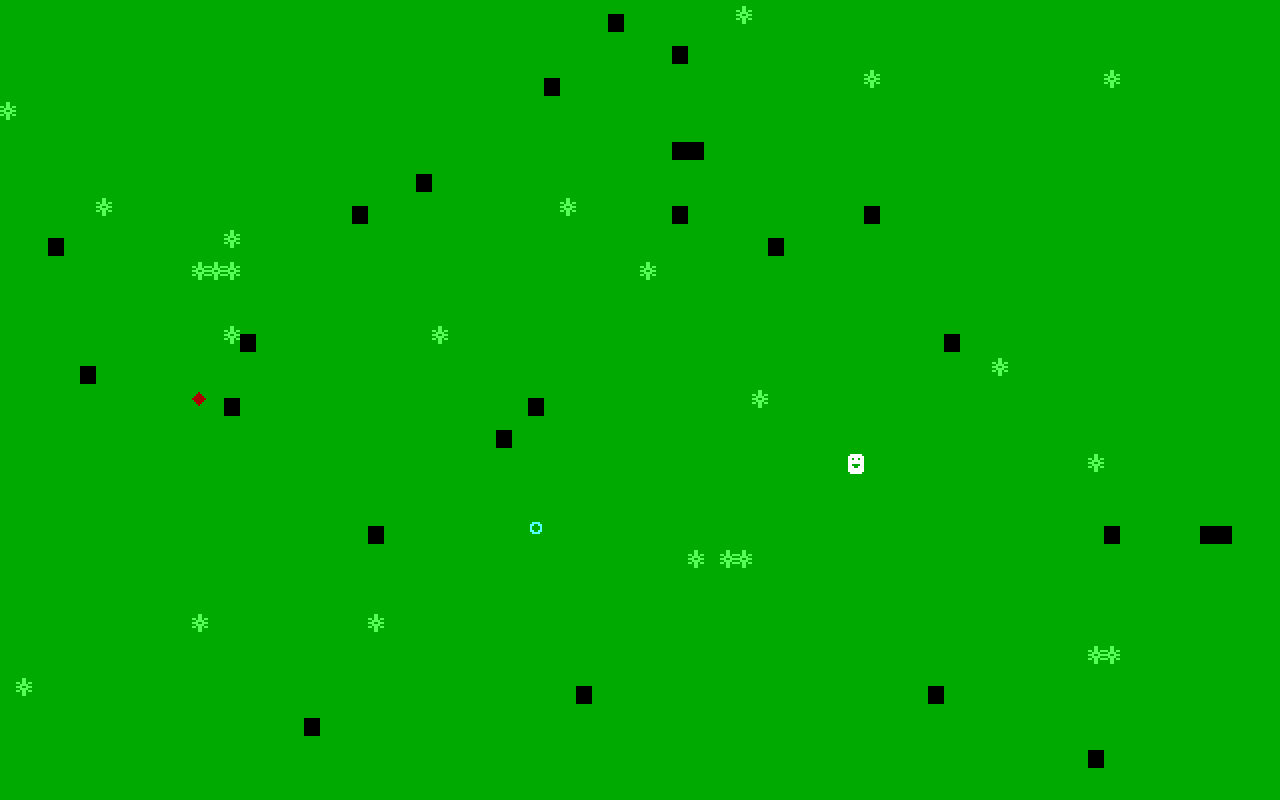 This is what stage one looks like. The white smiley is the player character, the red diamond is the goal, the other symbols are bushes and pits.

Revelation Mentis is a short exploration game inspired by 90s action adventures. It runs on DOS. The player character is a young man from a small medieval village. Upon hearing that the artifact of light has been stolen, he takes it upon himself to face the villain and recover the four parts of the artifact.

The game consists of four stages, each filling one screen. There are no enemies, but there are obstacles: bushes block the hero's path and bottomless pits warp him back to the start of the stage. You receive a password after each stage that you can write down to resume your quest at a later time, this may however prove unnecessary as the whole game takes less than 60 seconds to complete. 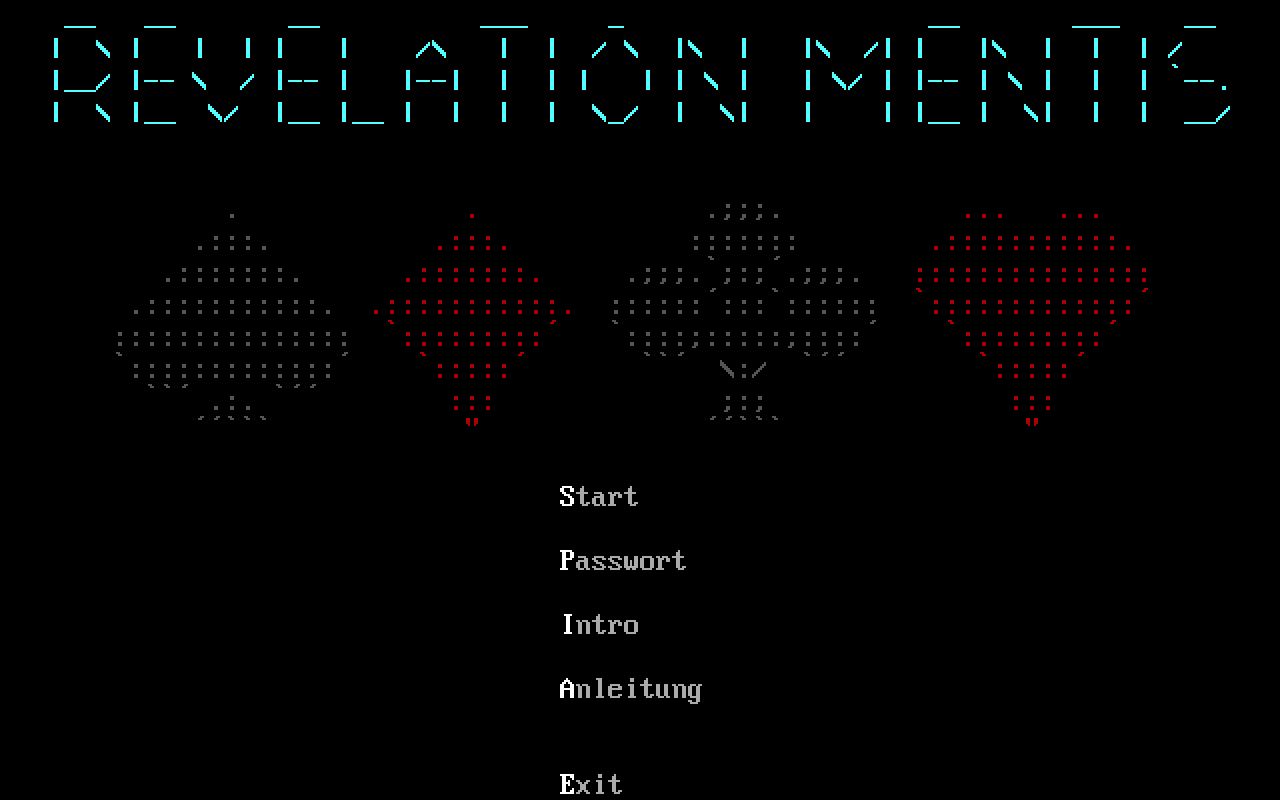 The title screen of the game features the name in large letters as well as some title art, all lovingly assembled in ASCII art.

I first learned programming by tinkering with Turbo Pascal 7. I had access to the source code of a handful of existing little games and other projects, and I painstakingly learned what each command and each number meant by blind experimentation. This game can be thought of as the ultimate result of that learning process: it was the first time I sat down with an empty Pascal file and wrote a (non-trivial) program of my own completely from scratch.

The first complete version of Revelation Mentis clocked in at just under 2000 lines of code. When I later learned about arrays and for-loops, I was able to cut those down to 600. Goodbye, 25 variables with almost identical names! 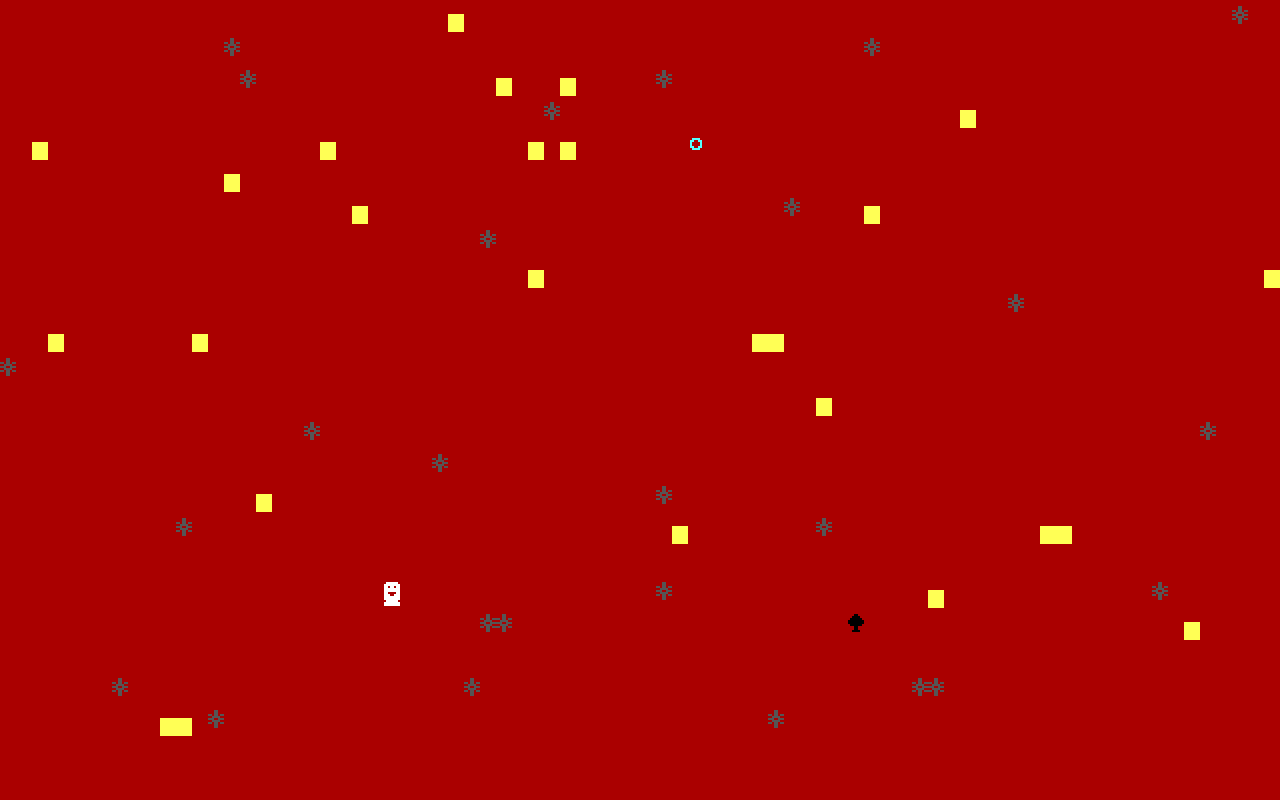 In the final stage, the ground is scorched, the bushes are charred and the black pits are replaced with lava.

Looking at it from a player's perspective, it's obviously not anything worthy of praise or attention. The randomly generated stages, which were intended for replayability, are either trivial to solve (you walk around the obstacles) or impossible, meaning that the game offers no meaningful challenge. There are also game-breaking bugs that appear from time to time.

For all its faults though, I enjoy how you can see the influence of games I enjoyed at the time, such as The Legend of Zelda and Dragon Quest. It's a shame that implementing simple collision detection was as far as my abilities could take me, or there would have been roaming monsters or even a boss fight.

I don't think it will be of any use to anyone, but since I see little sense in keeping it to myself I am dedicating this game's source code to the public domain under CC 0. You can download it along with the compiled binary for DOS. Definitely let me know if you do anything with it, I'm curious if anyone will ever look at that Pascal code.